HOW TO USE THE WORD «ACTUALLY» IN ENGLISH 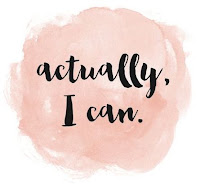 «The word “actually” has several different uses in English and is very common in spoken language.
As we will see, it is an important word to learn how to use because it allows you to change your mind about something that you say.

For example:
“Do you have a pen I could borrow?”
“No I don’t. Wait! Actually I have one right here.”
“Alberto Santos-Dumont was the American inventor who first invented the airplane. Actually, no, he was Brazilian.”

This use of the word “actually” means “in fact” and is used to point out something that was unexpected. This usage is similar to how na verdade is used in Portuguese. For example:

“Are you American?”
“Actually, I’m Australian.”

“Rio de Janeiro is the capital of Brazil, right?”
“No, actually it’s Brasilia.”

The word “actually” can be used interchangeable with the word “really” in some cases, similar to how realmente is used in Portuguese. It is used to emphasize that something someone has said or done is surprising.

For example:
“Did you hear that Isaac is in Saudi Arabia?”
“I heard, but I can’t believe he was actually able to get a visa to go there.”

“Did you hear what Mary said to Joe at the party last weekend?”
“I can’t believe she actually said that, that was really mean.”

Actually as a “softener”
If you are giving someone unpleasant or unwanted information, “actually” can be used to soften the blow of what you tell them.

For example:
“Are you coming to the party next week?”
“No, I have to work actually.”

“Dad can we go to Disneyland?”
“No we can’t. We ran out of money paying for your college actually.”

“You’re still coming tomorrow, right?”
“I won’t be able to make it, actually.”»